Inside the mirror was the tagline of this years retune, an

annual gathering of international creative minds seeking to explore, shape, and critically question the future of living, working, and expressing with technology

After going to the resonate earlier this year, this was my second dive into this fairly new realm for me. I will not reflect on the sessions I attended, but here's a good reading on that by my companion Heike.

I, too was a little apalled by the (too me) highly academic and conceptual approach many projects that were presented seem to put upfront. So I gathered this rather personal list of splinters from broken mirrors I found in my head, stemming from that very emotion.

When I was performing at the Reeperbahnfestival last week, people came up to me and starting questioning me, asking what my approach was. Or, why am I doing what I was doing there. I was struggling with that, and also almost found it annoying. Eventually my answer was "I am here trying to create beauty for you as a non-verbal viewing pleasure, in this very instant". In my head I added "… and all the thinking you will have to do for yourself, sorry".

I am now considering this is a bit of a closed door policy of mine, and I need to think about how I as an artist must be able to create an interface for people to be able to comprehend my work in a non-verbal form.

My problem with a highly conceptual approach is that I feel it might generate a pre-fab thinking for the viewer. As if it is something that I will have to feed my peers before I let them take in my work. At this point it feels like a safety net to me that I don't want to have.

SPLINTER: think more about the need for conceptual work

As I am using mainly apps so far, I am coming to think that they are conceptual pre-fabs in itself. They only allow me to do what others had me in mind to do. Most of the artists at the retune were working on a code basis.

I have seen a lot of interesting stuff at the retune, but only one thing stuck to my mind as something beautiful, a piece by Casey Reas shown in the backdrop as an example during one talk. Everything else I saw I found inspiring, maybe moving, but rarely beautiful. So I am thinking, maybe I want beauty to be the conceptual layer on my work that I am striving to create, constantly accessible and adhering to it. That beauty eventually is the non-verbal interface that I want to put on all my work, and that also I might be expecting from all work of other artists to connect with me.

SPLINTER: think more about the interface to the viewer

But beauty isn't enough. I think it's actually a danger zone, and you can end up creating work that disconnects from an urge. Maybe my line of work does that once in a while. Asking yourself a question is always a good approach, and you have to retune your work to that question constantly for it to become meaningful and relevant.

Those are my loose thoughts at this point. Looks like the retune pushed me out of my comfort zone, and for that I will put it on my list to revisit next year. 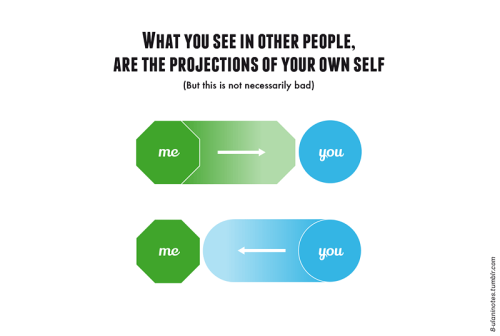 I am just coming out of my 2nd participation of the Reeperbahnfestival here in Hamburg. After last years Tagtool sessions I found myself locked inside a 40'' container this year. Together with Anna Constantin and Marina Friedt, I was invited to fill one of 11 shipping containers within the concept of 'when is the battery charged'. The overall concept and organization was done by HamburgHoch11, a NPO that aims to connect artists and provide platforms for artistical presentations. A shout going out to Andreas Lübbers for making it al happen. So for my part, I wasn't quite sure how to approch the space using projections. I wanted to tagtool it again and experimented with convex mirrors, but the quality just wasn't good enough. In the end I went with a vertical projection on a battery icon, made from cardboard. We added some light from the floor using Osram Wallwashers and I would project on the upper part of the shape.

So here it goes. Good fun.

All photos by Heike Roegler 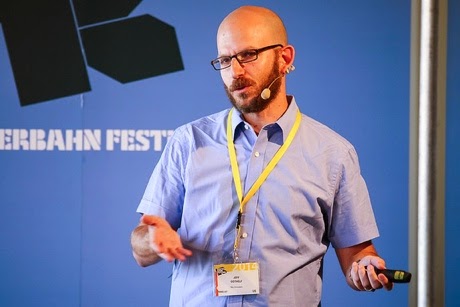 Abstract: You’ve read The Innovator’s Dilemma. You’ve bought in to The Lean Startup. You’re ready to kickstart your company’s product innovation efforts. There’s just one problem: you’re not sure where to begin:
What can design teach us about building a collaborative culture?
How do you structure a successful product design team?
How should that team work?
How will that team measure success?
Jeff will offer practical, step-by-step, guidance on how to build and support successful product design innovation in your business. Using insights gained from leading and working with dozens of product and design teams, Jeff will step through team makeup, process steps, management structure and the corporate infrastructure needed for these teams to flourish.

Building a Culture of Innovation from Jeff Gothelf
Thanks, Jeff, for the permission to share the recording.
Photo (c) by Wolf Brünning 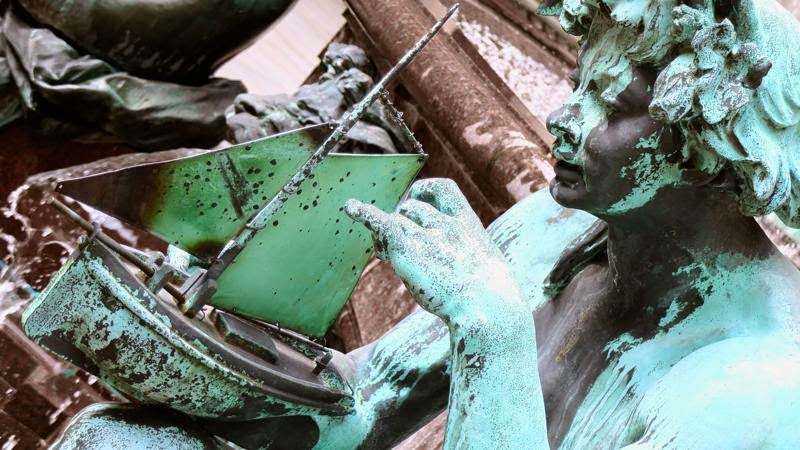