When we started to lock down our city during the first wave of covid-19, I wanted to contribute to the nightly applauding for the frontline workers. During those first four weeks, I created a short animation each night and projected it onto the walls outside my appartment. 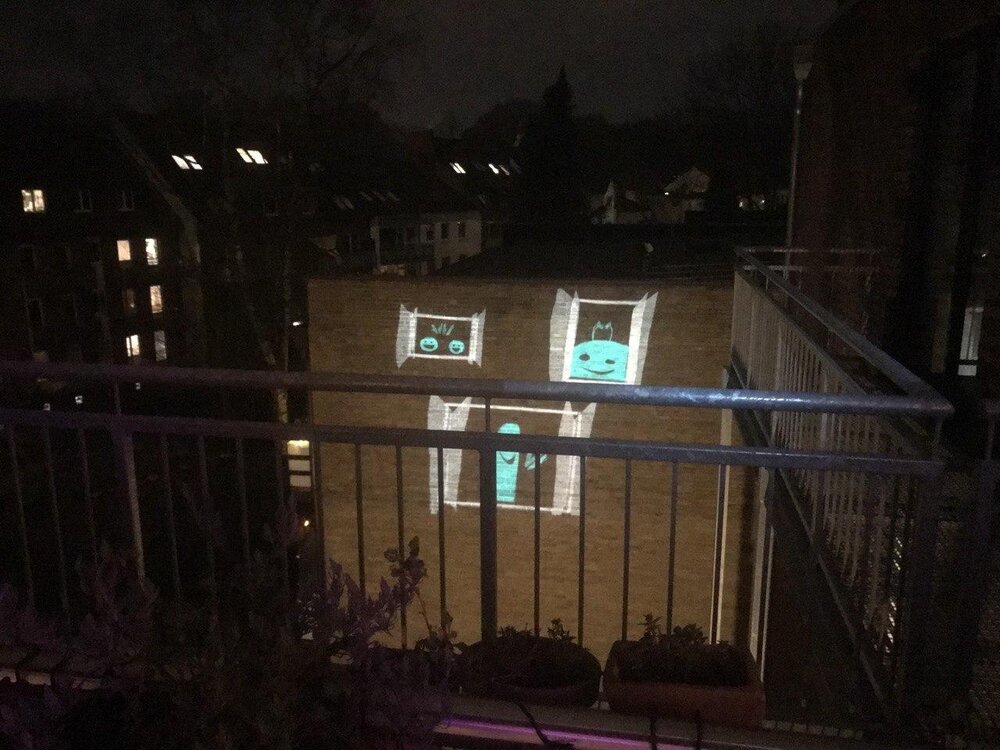 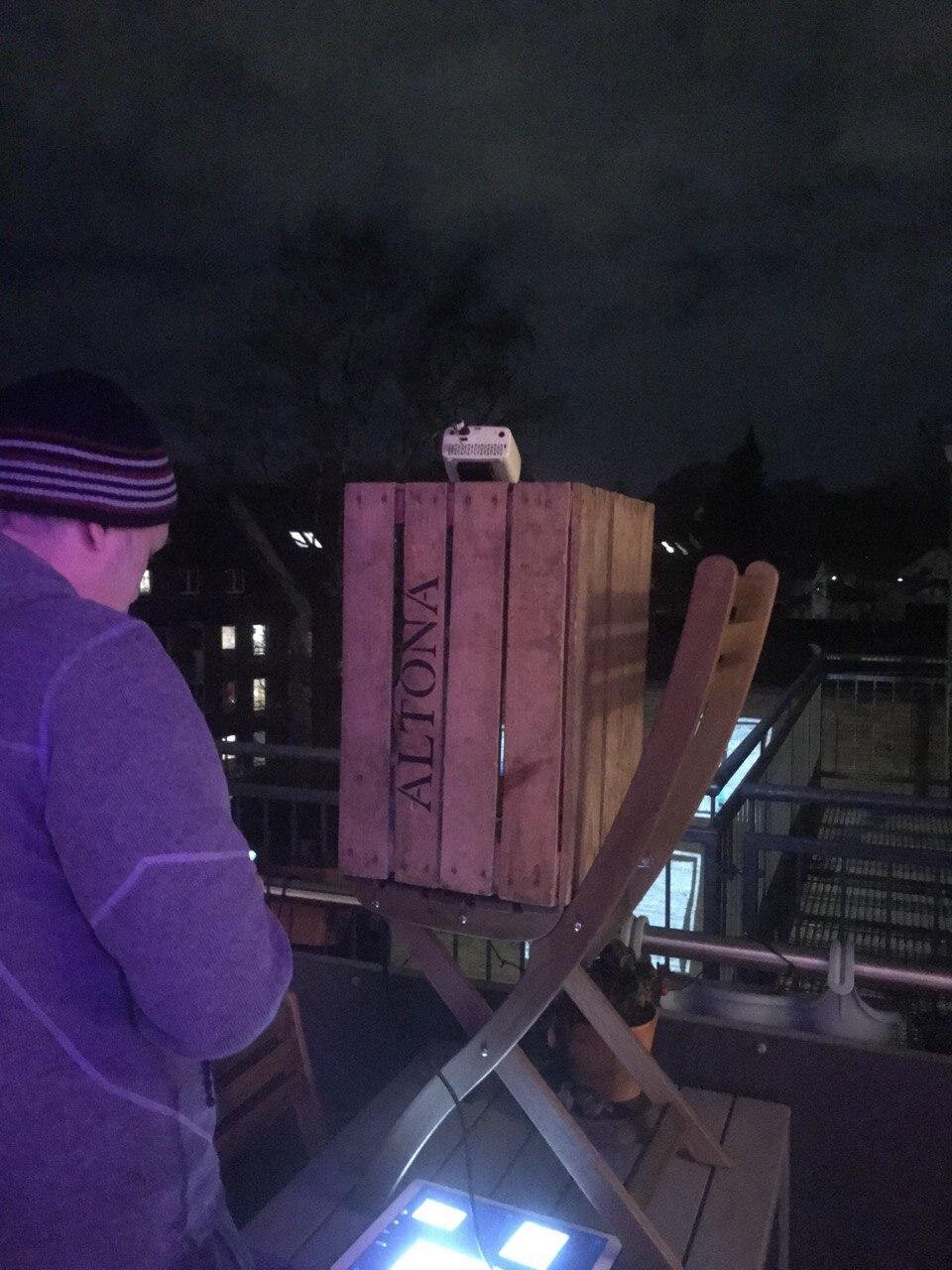 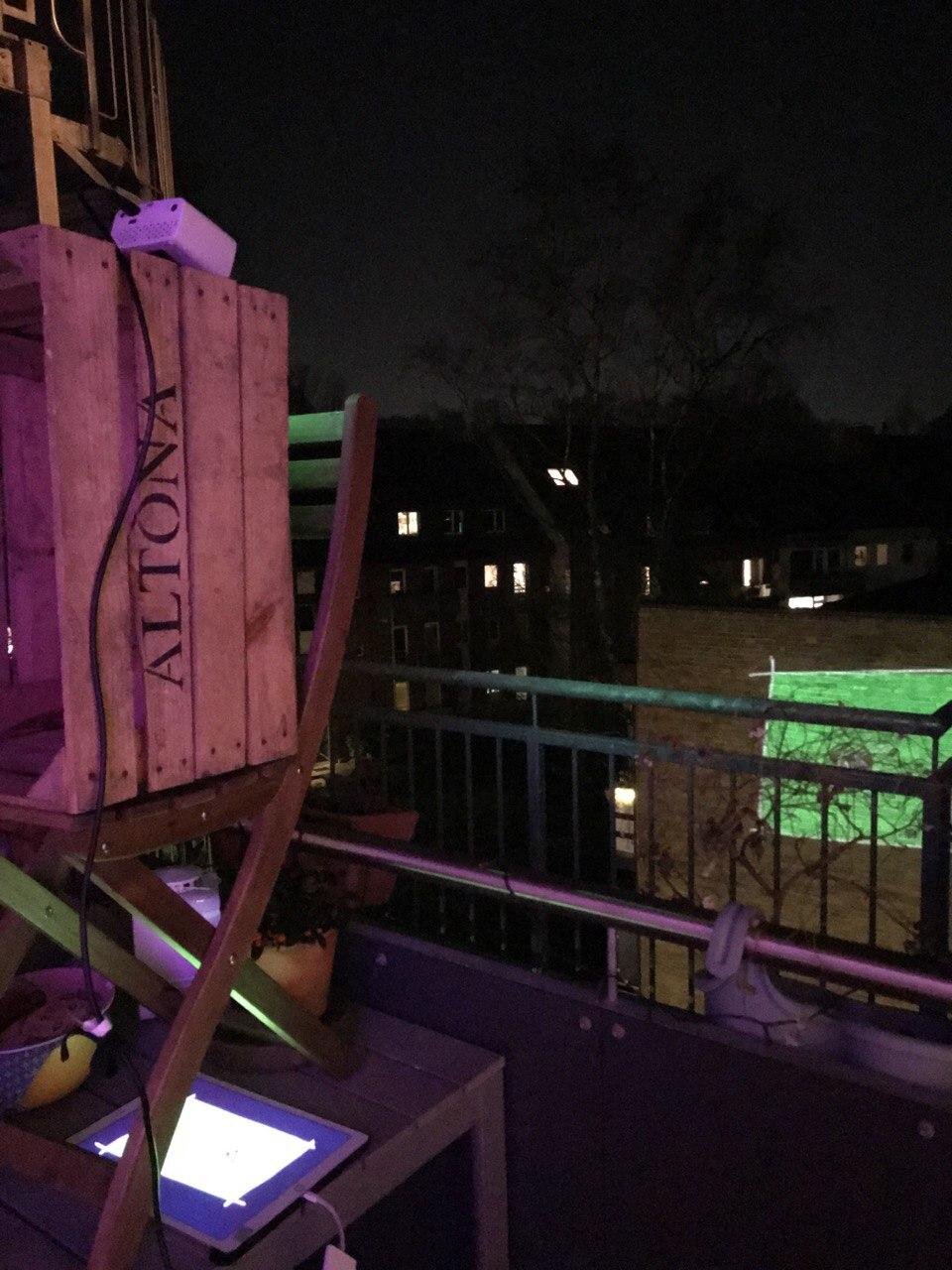 I used a new app called looom to create these animations. Looom lets you easily create looping frame-by-frame animation, spotting a beautiful simple interface. All weaves / layers in looom can have their own number of frames and speed set individually. You can also paint in play mode, which in the example to the right I did for the red fly.

I screenrecorded the example here and converted it to a gif, but another beauty of looom is that it uses SVG as its source format. So you can pull the file from your iPad and it use it on the web directly.

When creating those animations, I knew it should be a starting line and resource for further exploration of the subject. As a first step I remixed them all for the online edition of the Shakefest in Ireland, which I had the chance in previous years to contribute to already.

This fun kinect installation was part of the LIT-a weekend of stories and light in Macclesfield. I wrote a bit more about the process on patreon. 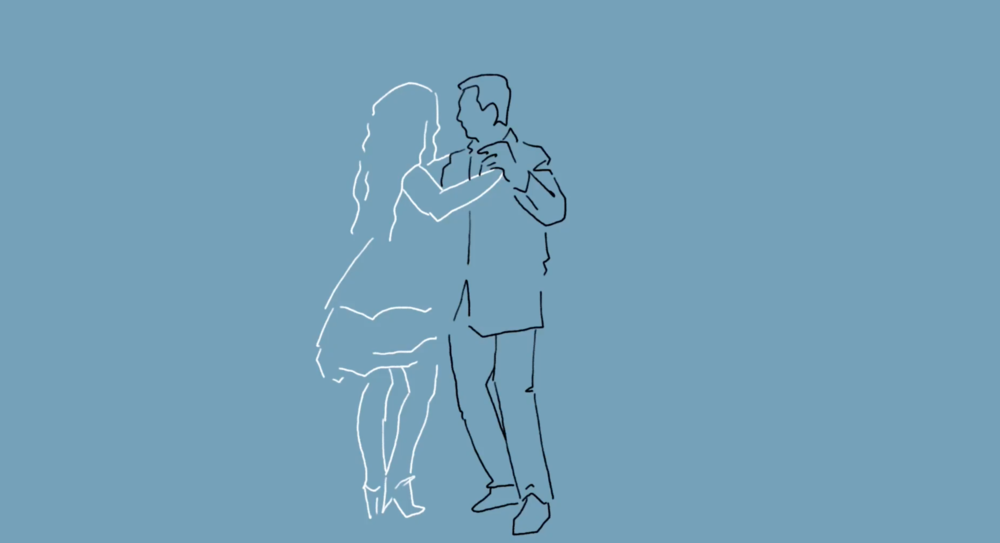 As a sidekick to the fantastic 154collective I was invited to contribute some animation artwork to the theatre play Wrestling The Walrus. I used tagtool, moho and roughanimator. 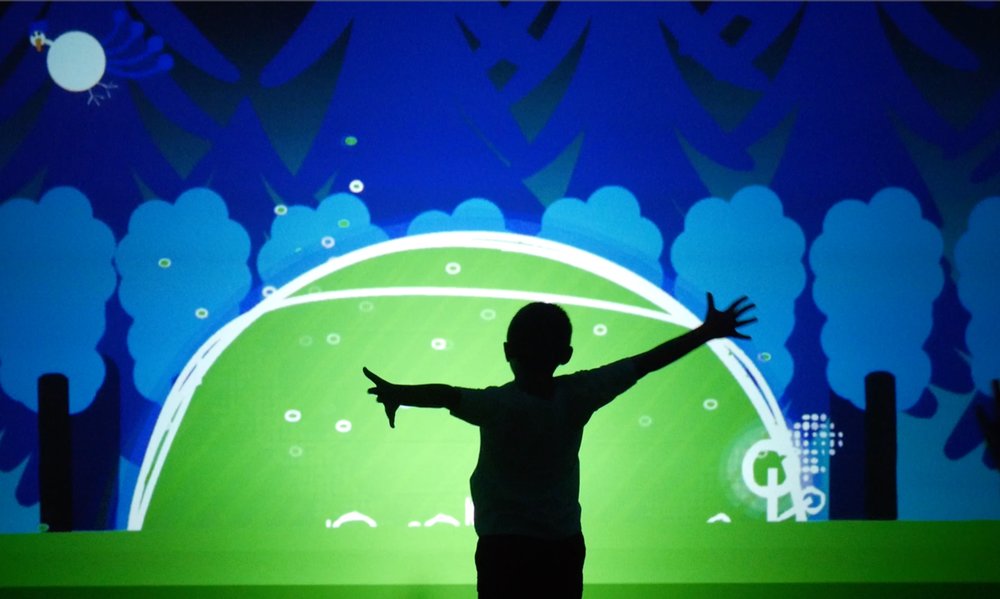 An interactive tagtool installation for kids

For the fourth Kidsbit Festival I was asked to create an interactive installation within the theme of 'environment'. It was my first endeavour into using processing with the kinect sensor. And it turned out to be the most wonderful experience watching the kids and parents growing trees and interact with each other. Big thanks to the Kidsbit team for once more creating a wonderful space for kids to play with and explore technology. The project was also sponsured by the Istituto Tedesco Perugia. 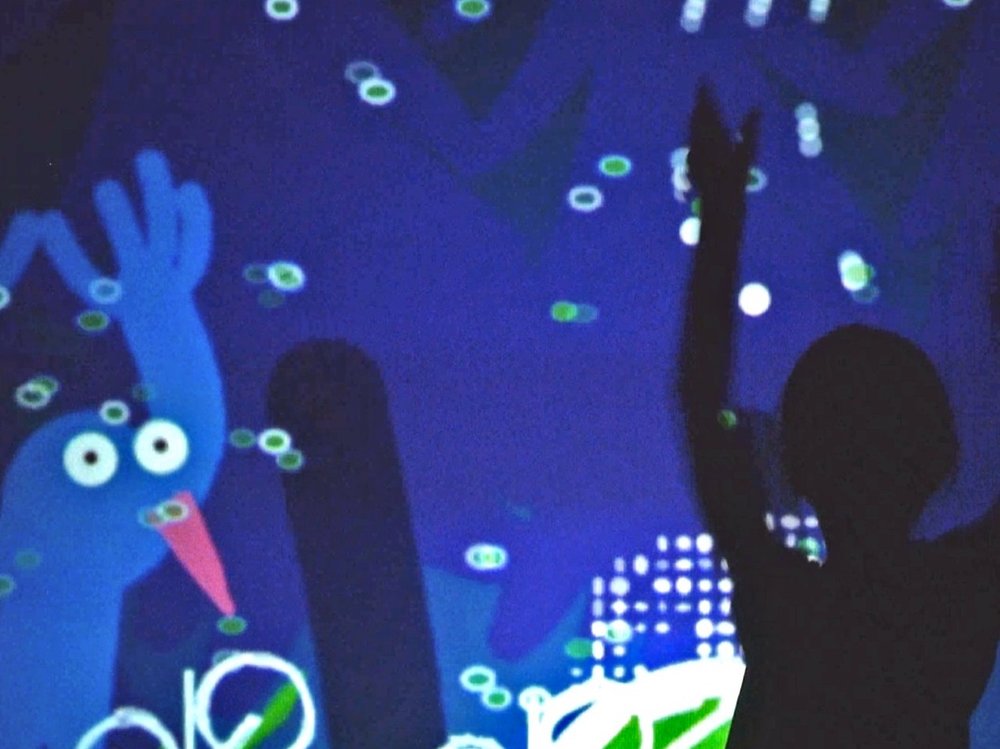 I was invited to run a workshop at the Millerntorgallery (an international art | music | culture festival beneficial to supporting the human right to have access to clean water) for kids aged 10-14 yrs.

As it was a bright day, the final presentation of the project had to take place in a dark enough room for the projection to work. What place better to choose than a public bathroom!

The kids developed a whole bunch of toilet monsters, bathroom poetry and general trumpisms that all looked faboulous projected onto the tiles of the loo. And here's evrything in motion.

This year‘s Kidsbit - The Kids&Family Festival for Digital Creativity, has immersed itself into the beautiful city of Perugia, with not a single hub (as in previous times) but many different satellites at museums, galleries, co-working spaces and other public spaces, and so becoming an integral and present part of the city culture over the course of three days.

This time I was invited to create an immersive space for the kids to play in and with.  The idea was to use cardboard to create a landscape that you could walk into and play with. The first scribble shows the basic idea.

Those scribbles turned into three simple shapes that would be used to create the final cardboard elements, all 300cm wide, with different heights, so they could be arranged as a landscape.

The place for all of that to happen would be the Sala Binni, built 1372-75, a former church, now part of the local library, where the families could rest, dance or even paint with light themselves.

For ambient sound I brought my JBL Flip with a big battery and used whitenoise+ to create some different soundscapes. It was a wonderful opportunity to be able to create this experience for the kids of all ages, who would run around and chase the bees, laugh about the hills that have eyes. Over the course of the days more and more people would come and it would turn into the Amazzonia Rave 4 Kids Party, a lovely project by Lucia Di Pietro. At nighttime we would then move on to the Palazzo Priori to have a large scale live tagtool session for all to be part of. Big fun. Big times.
Photos by Giorgia Fanelli Here's a quick and rough edit of it all. Enjoy! From 10-15 Dec I was invited by the Übermut Project to participate in their riverlation instance in Bangkok.

"Übermut Project is an initiative of visitBerlin and Hamburg Marketing, funded by the German Federal Foreign Office. Its aim is giving the German arts and creative scene a global stage." - from the Übermut Website

Initially I was due to work with a local group of projection artists, but for reasons that didn't came to be. So once I was there I tried to connect with other übermut-people which resulted in a short but very inspiring collab with Sophie Camille Brunner and Ulrich Gottlieb, who were leading the dance workshops during the projects.

There was also great urban screenings by A Wall Is A Screen, fantastic short films via interfilm, rioty live music by Bonsai Kitten, and much much more greatness. Big love and thanks going out to the übermut crew, espesh Maike Wacker, for making this all happen.

All Stills by Kevin McElvaney | Beats by halfbyte Yaysome: The New Tagtool is finally live. I've already been beta'ing it for a while (it was great using it at this year's Kidsbit). A fantastic - though different to its predecessor - new instrument for creating visual projections and animations. To name a few of the many changes: it's now vector-based, you can create libraries (stacks) and - my fave - offset loop cycles of a given set of objects. Here are some clips I made recently. I am just back from Perugia where I was able to take part in the 2nd Kidsbit-Festival – an event spinning around all things digital creativity, for children and their parents. Like last year, I was running a workshop about animation and tagtool. This time the kids created a range of wonderful creatures using just simple shapes. It was great to see them coming alive on the old Pallazzo dei Priori at night.